Currently, there are few guns that come with illumination. The short and cheap guns usually have no illumination which is mostly found on high-end and long guns. Whether its laser or LED illumination, having a light on your firearm can make a huge difference. This is important when if you are chasing a thug in the dark or even a deer. The laser or led illumination will identify the target for you and where you can possibly hit it. In this Streamlight TLR 6 review article, you will learn why you should buy this modern weapon light.

Streamlight so this need and has come up with flashlights that offer gun users light. The flashlight is mounted on the rail lock system of the gun and switched on. The weapon light is durably made from a polymer which is a durable and reliable material. It has three lighting modes which include laser only, LED illumination only, and Led and Laser light. In addition, the flashlight has a parabolic reflector that produces a balance of beam and peripheral illumination. Another version of this Streamlight is tlr 4. You can also check those features.

Technical Features of the Streamlight TLR 6

When the tlr 6 torch is switched to laser, the light can run for 11 hours. While if it’s switched to LED light, it can function for just one hour. It also uses 2 lithium batteries.  The C4 LED bulb has 50, 000 hour lifetime and 640-660m red laser. Installing the device on your M&P shield 40 and M&P shield p subcompact gun is very simple. With a weight of fewer than 1.27 ounces with batteries, this flashlight is an excellent weapon torch for outdoorsmen, hunters, anglers, military, and law enforcers. During use, it shuts off automatically after 10 minutes to save on battery power.

First of all, the Streamlight tlr 6 light is sturdily built. It is made from a polymer material which is a long lasting and strong material. It can withstand impact from one meter away from the ground. Also, the material is able to resist crushing and suitable for use in combats and in line of duty. The impact resistant has been tested and proven. Furthermore, it is IPX4 water resistant. This means that the torch can function in different weather conditions without any problem. The housing of the weapon light is contoured to easily fit on the gun and help the user illuminate their target or in their path.

Led technology took the market by storm. Today, it is widely used in almost every flashlight being created. This Streamlight torch has a C4 LED bulb which is very powerful. It has a 50, 000 hours run time and it produces bright light in different weather conditions. The C4 LED has a maximum of 100 lumens, 2, 000 candela peak beam intensity, and 89-meter beam distance. All of these contribute to a powerful illumination from this tlr 6 LED light. In addition, the parabolic reflector creates a balance of beam and peripheral illumination. The laser on the device offers long range targeting and it can last up to 11 hours when lit only. On the other hand, LED illumination only lasts a maximum of one hour.

Another important feature of the Streamlight tlr 6 torch is that it uses 2 lithium batteries to run. Lithium batteries run for longer hours than alkaline batteries. They are also more durable and reliable. Installing the batteries is very simple as they can be put in while light remains mounted on a gun. There is no need to re-sight laser after battery change. To save on battery while in use, the flashlight has an automatic 10 minute shut-off. The lithium ion batteries have a storage life of 10 years. The removable cover can is for simple attachment and removal.

One of the best things about this Streamlight tlr flashlight is that it is very easy to use. The ambidextrous switching that it comes with makes lighting or change to different light modes to be easy and quick. It has laser only, Led illumination only and laser & Led combination.   The light or laser module is created for forwarding and backward compatibility. Also, it has a windage and elevation adjustment screws mounted in brass bushings for long life and dependable zero retention of laser. The design of the torch is compactly designed to securely attach to the trigger guard of M&P shield 40 and M&P shield 9 subcompact handguns.

With so many flashlights on the market, people normally prefer lightweight and compactly designed lights. No one wants a flashlight that will weigh them down as they take their target or something of the sort. The Streamlight tlr 6 light weighs just 1.27 ounces with batteries. Without batteries, it weighs just under 1.12 ounces. Such a weight isn’t a burden when installing on your gun.

There is no hard time setting up the tactical torch on the M&P shield 40 and M&P shield 9 subcompact handguns. The housing is split down the middle and secured together by three screws. To set up the torch on an unloaded gun: you will have to open the battery compartment and remove the batteries, get rid of the three screws that secure the housing halves together. 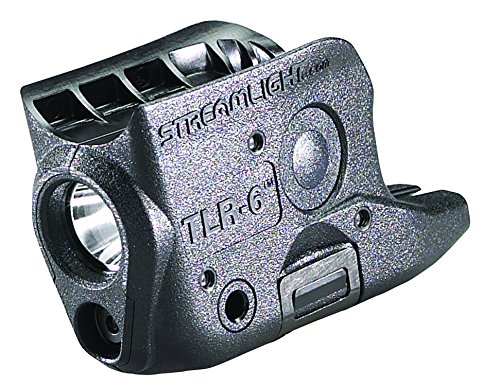 With the torch in one half of the housing, fit the two housing halves over the Glock trigger guard. Ensure that the housing is well aligned on the pistol and set up the three screws you removed initially. Place the batteries in and close the battery compartment.

This flashlight is made with quality materials that make it survive in different weather conditions. It is IPX4 rated. This means that it is not resistant to water but its splash resistant. Also, the flashlight can function in different conditions like dust, snow, smoke or extremely hot or cold.

From 1973, Streamlight has been offering outdoor enthusiasts, fishermen, hunters, sports lovers, law enforcers, shooters, and campers, different types of lights. So, the brand can be relied on to provide quality and long lasting flashlights. They know what clients want and that’s why they have some of the best lights on the market. I hope, you have gotten a clear idea after reading this Streamlight TLR 6 Review post.

A weapon light should be sturdily built like the Streamlight tlr 6 LED light. It is also easy to set up with outstanding features that make gun users have a simple time using it. The laser light is used for long range shooting while led light is for lighting a larger area. It uses 2 lithium batteries and has a maximum of 100 lumens. Outdoor enthusiasts, as well as law enforcers, can use this light in the hour of need.

I hope you’ve found this Streamlight TLR 6 Review to be informative and helped you know more about the Streamlight tlr 6 LED/Laser flashlight. 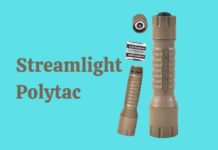 0
As a survivalist, I never walk without a flashlight on me. I have also owned different flashlights from different manufacturers. Through my experience, I... 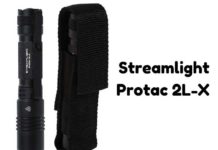 0
If you decide to buy a flashlight, you should always go for the best light unit that you can afford. A quality flashlight from...

0
With so many brands on the market like Surefire, Fenix, Klarus, Nitecore, Coast, picking your light from a re-known and dependable brand like Streamlight...

1
The Streamlight Microstream flashlight has become my favorite EDC light. Whenever I am going out, I ensure to include it in my pocket or...

0
If you want nothing less than the best tactical flashlight for the money, then you should try out the Streamlight Protac HL USB flashlight....

0
When choosing a flashlight, you should make sure that it meets your needs. Different flashlights brands and models have varying features that might be...

3
Personally, I love flashlights from Streamlight as they have outstanding features and meet the different needs of users. Of course, this depends on the...

0
This flashlight fits well on my Glock 21. I’ve tried different weapon lights on the market but they haven’t provided me with the results...

0
A flashlight is an essential tool that every person should carry with them. It doesn’t matter if the light is for hunting, fishing, looking...

1
If you are looking for the best weapon mounted tactical light at an affordable price, then Streamlight TLR-3 will be a great choice to...